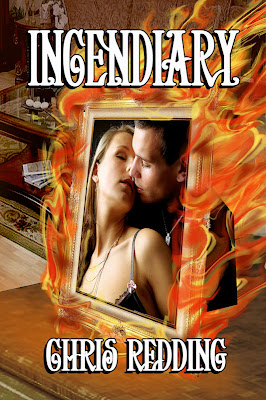 Chelsea James, captain of her local first aid squad, is trying to keep the organization afloat, but someone is sabotaging her. The squad is her father’s legacy and she feels responsible to keep it going.

Jake Sweeney, back in town after a decade, is investigating the arsons he was accused of long ago. When they start again Chelsea and Jake must join forces to defeat their mutual enemy.

Jake would like to rekindle what they had before he left town, but his departure left hurt and bewildered. To begin again, she must learn to trust him.

Her life could depend on it.

The electricity of an impending storm raised the hair on Chelsea James’ arms.

She stood, barefoot, on her wide, front porch, watching the trees be blown almost in half.

And her dead sister’s voice played in her mind.

“It’s like nature has to violently clean up,” Morgan would say as they stood in this very spot.

They both loved storms.

The power of nature impressed . Morgan concentrated on the aftermath. Odd that she never thought of the aftermath of her own actions.

“How so?” would ask her older by a few minutes sister.

Morgan’s eyes would be wide. “Because a storm gives the trees a haircut, gets rid of the ones that are weak. And on top of that, the rain helps the ones that do survive.”

But this storm didn’t bring with it the same renewal. Somewhere deep in , she knew this storm was different. This storm could bring destruction.

Or worse this storm might not bring the wanted rain for those trees that survived.

Right now she missed her sister more than anything.