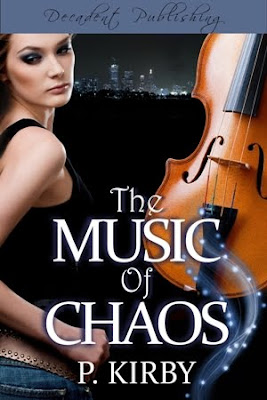 Yay, I have a comedy to share with you today! I love things that make a person laugh. :-D Enjoy!
Book Specifics -
Genre- Urban Fantasy, Fantasy, Comedy
Length- Novel (77k)
Heat Level- 2 of 5 (sensual)
Sexual Orientation- M/F
Content Warnings-
Blurb
Albuquerque, New Mexico is home to a small population of demons, fey, and vampires, who are mostly well-behaved and disinclined to start trouble.

That's why the Grey Brethren, a vampire syndicate, assign Regan O'Connell there. Regan is a Wolfe, a secret operative for the Brethren. Out-of-the-way Albuquerque is the perfect place for an operative whose diplomacy starts wars and who struggles with rudimentary magic.

But Regan attracts trouble like a black sweater invites white cat hair. First, a friend sets her up with tall, dark and sexy Jason Lake. Jason is a Holder, a member of an ancient order devoted to protecting mankind from things that go bump in the night; things like half-vampire Regan. And then there's the sudden population explosion of deranged Lesser vampires. Next, there's the murder of a prominent businessman and the murder weapon is outlawed, chaotic magic.

The Brethren issue an ultimatum: find the murderer or find a new job. And the deeper Regan digs into the mystery, the more Jason looks like her prime suspect. Except Regan is certain that Jason is neither a killer nor stupid enough to use a power that can rearrange the fabric of the universe. To prove his innocence and stay out of the unemployment line, Regan will have to tap into the ability she's long denied and find the order in chaos.
Excerpt

There is nothing hellish about the world of the Sh'ree demons. Provided humans could get over their understandable aversion to tall, blue-skinned creatures with yellow goat-like eyes, the Sh'ree homeland, or to be more accurate, Plane of existence, might easily bypass Hawaii in tourism. The summers are hot, but no hotter than Phoenix, Arizona. With its mild winters, and a spring and fall best described as idyllic, the Sh'ree Plane has the added potential to attract retirees in droves.

Of course, most humans have no idea such a place exists and the Sh'ree aren't about to start passing out travel brochures.

Humans are banned from the Sh'ree Plane.

Given that I owed half my existence to a human mother, I should have been honored by my admittance to the Sh'ree world and the finest magic school in all the known Planes—the Sh'ree College of the Arcane. I should have been on-my-knees-grateful, because what I really deserved was the type of institution whose name included the words "School for Incorrigible Girls."

I was not honored and, in fact, was rather peeved by what I felt was an egregious miscarriage of justice. This particular day, I was four hours into an adolescent snit.

I couldn't have picked a nicer day to be miserable.

The sun and breeze had reached that perfect state of balance, each politely deferring to the other, neither taking the lead, the result the kind of day that drives everyone out into the fresh air.

I had the picnic table to myself, a consequence of the ambiance created by an abundance of sulky energy. Little angry doodles—stick figures with either pointed ears or sharp fangs—covered the piece of parchment before me. As soon as I finished a figure, I would obliterate it with a dense weaving of sharp, crosshatched lines.

I was completing another drawing, the toothy variety, when a long shadow fell across my work. I dipped the pen in an inkwell and started to annihilate the stick-figure vampire. The shadow shrank as its caster sat down across from me.

After a minute, Talis, the shadow's owner, spoke. "The elves, I understand." He pointed at one of the stick elves. "But vampires? Why are you so angry with vampires?"

I looked up at the brave soul who had dared the displeasure of my company. Imagine the stereotypical elf, tall, blond and blue-eyed, and then stuff that image into a toaster with the setting on "dark." What pops out would look a lot like Talis. He has skin the color of a Hershey bar. His straight black hair is short, scruffy and uneven, bangs falling over canted pale blue eyes.

In lieu of an explanation, I drew another elf, this one with its skinny arm held straight out to the side. The next figure had no fangs or ears and I drew it lying at the elf's feet. I added a handful of drops that fell from the elf's arm and down to the human stick figure's mouth.

"There was an elf," I said, pointing at the drawing. "This elf came across a dying human. The elf thought he might save the human by giving him Blood Gift." I turned the human's eyes into little Xs. "But it didn't work. The human died and his soul went . . . wherever souls go when they escape their earthly bonds." I sketched a vampire. "Except, with all that magical elf blood in his system, the human didn't take dying lying down." I drew an arrow from the dead human to the vampire. "He became a vampire."

Talis, who knew the origin of vampires, said nothing and listened with indulgent patience.

After I drew a second vampire, I said, "And, the first vampire created another vampire." I drew the new vampire's mouth so that he appeared to be smirking.

"If it weren't for that elf and the vampire he created, I'd have never met this vampire." I jabbed the pen in the approximate location of the vampire's heart.

Like what you read? Want to know what happens next? Head over to the publisher to find out! Decadent Publishing