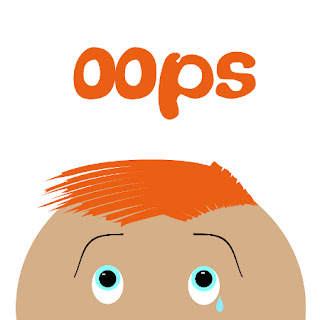 Please welcome Jenn Nixon to my blog as she teaches a little author etiquette and how to handle situations new writers tend to get themselves into.
Mistake's Newbies Make... Including Me!
by, Jenn Nixon

When my first "novel" came out, I was as green as they come. I didn't know Jack about the publishing world. I thought it would be cool to go to some AOL groups and post a blurb about my book to different places and see what happened. I was not ready for the nasty backlash that came after.

First, I should say, the book wasn't very good. The plot was interesting, my characters and dialogue were decent, but the rest, well, just bad. Bad writing, bad editing, bad bad bad. The people in those AOL groups didn't have any problem telling me I sucked. They didn't have a problem pointing out that just jumping into their group and putting a blurb up wasn't going to help me either.

Some people were harsh and nasty. One was actually very kind and emailed me to explain how my attempt at self-promotion was the wrong way to go about doing it.

The whole incident helped me to build a thick skin and quickly taught me what NOT to do to get reviews and how not to piss off people. I was schooled the hard way.

Avoid it at all costs.

1. Build A Thick Skin! If someone doesn’t like your book, it’s okay. Really! Do you like every book, movie, TV show, or play out there? No, of course you don’t. So expecting everyone to love your baby, while a great positive affirmation, is highly unlikely. If you don’t like the review, don’t use it, but remember, this person took the time to read (sometimes buy) your book, that in itself is a major feat for any writer.

2. No Spamming! Don’t post your blurbs everywhere and anywhere. If you’re a part of a writer’s group, feed, chat, etc., that’s awesome. Make sure you’re keeping up with it at least monthly if not weekly. If you return to these groups and post your new release then leave, you’re not going to make any friends and they’ll just think of you as a spammer.

3. Don’t Bitch! Someone will always HATE what you’ve written. It’s rarely personal and all a matter of opinion and we all know that everyone has one. If you bite back at someone who has something negative to say about you, you’re just adding fuel to the fire and making yourself less likeable in the long run. Remember, negativity breeds negativity, misery loves company yada yada, you know. Take it with a grain of salt.

4. Be Gracious, Always! Remember, the internet is FOREVER! Whatever you post out there can be found years from now. Even if you hate the review or comments about your work, thank the person for their comments. You’ll come across as more professional and people will take you seriously. A prime example is my Dear Author first page blog thread for Lucky’s Charm:http://dearauthor.com/wordpress/2009/05/30/first-page-unnamed-suspense/

Many people didn’t like the first page. Many of them had really great comments that helped me tighten the story. I commented twice. Once with a revised version of the chapter (since it was posted six months after I’d written it and I revised it several more times). The second to thank everyone again for commenting. I never received any negative backlash for adding in the revised version, and even got a comment saying it was better. The great thing is that a few of those people said they would read the book, including a NYT Best Selling Author!

5. Listen And Learn! While you can’t please everyone all the time, you can learn by paying attention to what people say about your writing. Some of the bad comments I received about my early writing helped me grow. People pointed out my weaknesses early on, giving me the chance to hone my skills before I put another crappy book out there. Others pointed out my strengths, which I continue to use in my writing to this day. Your family, friends, and even some of your writer friends may only (and always) tell you that everything you write is magical and fantastic so they won’t hurt your feelings, but is that what you really want? Having a stranger tell you their opinion doesn’t mean it’s the truth, it’s just another point of view you should take into consideration. Some of those strangers may be your readers one day.

Have you had a bad review? What did you do? How do you deal with the negative feedback? I’d love to hear!

Jenn Nixon resides in New Jersey. She is a member of Romance Writers of America and Liberty State Fiction Writers. Her love for thrillers and suspense often finds its way into her novels whether they are Science Fiction or Romance. When not writing, Jenn spends her free time reading, absorbing pop culture and current events, and social networking online. For more information please visit www.jennnixon.com or http://jennafern.blogspot.com/

Be sure to come back tomorrow to check out Jenn's latest release! She'll be sharing a blurb and an excerpt with you!