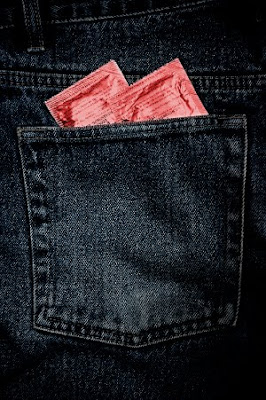 I read an article recently that stated romance writers are causing women to be promiscuous and risky in their sex lives. Do I believe a single word of that? Heck no. The female psychologists reasoning? Romance writers portray unrealistic relationships.
Now, I can't speak for every romance writer, but I know I personally strive for a sense of realism when it comes to my characters relationships. There is a building of mutual lust/love/trust that happens over time, just like between normal people in the real world. However, my work is fiction, and it's read as a past time, much like watching a movie. It's meant to be somewhat of a fantasy, mine, yours, whoever happens to enjoy reading within my genres. I love being transported into my story's, into my strong heroines and often troubled heroes. I hope my readers enjoy the same. So, yes, perhaps there are moments that would never happen in real life between my protagonists, but isn't that the point?
Then she addressed her other fact: Women who read romance have risky sex. We do? *looks around* That's news to me! Her reason? Romance writers don't use condoms during sex scenes.
Okay... I am totally guilt of this, I admit! I've used condoms in some scenarios, but they don't always get used. Why? Personally, I hate condoms. And when the threat of sexually transmitted diseases was extinguished in my relationships, the condoms went to the wayside and long term birth control was used. I don't like the way they smell, or feel, or the time it takes to use one. There is nothing worse than waiting...
I do agree it's the responsible thing to do, to advocate the use of safe sex. But what if both partners know the sex is safe and pregnancy can be averted (if that's what desired) by other means besides a condom? When does it become acceptable NOT to use a condom? I know in stories that depict one-night-stands, a condom should be a give-me. However, I don't write one-night-stand story's. Mine are all between characters who've been courting each other for long enough to know whether unsafe sex would be unwise. And in instances where the sex is rather quick off (as it was in First Kiss), a condom is used. At the first opportunity it can be ditched though, I don't use it anymore. Is that wrong of me?
What's your stance on condoms in romance novels? Do they ruin the mood for you? Would prefer to see them used? Do you care one way or another?
Elaina
Posted by Elaina Lee at 8/05/2011 06:30:00 AM

Email ThisBlogThis!Share to TwitterShare to FacebookShare to Pinterest
Labels: Condom's in romance, when to use a condom in romance