Guest Post - Gabrielle Bisset - The Indie Life for Me 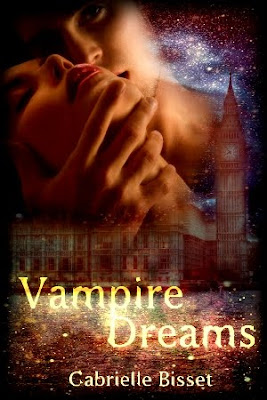 Thank you, Elaina, for inviting me to your blog today to talk about my publishing experiences. For those of you who don’t know me, I am Gabrielle Bisset. My publishing experiences consist of a novel, Stolen Destiny, with Siren Publishing, an epub, and two indie published novellas, Vampire Dreams and Love’s Master. All three came out within the past two months, so it’s been a very busy summer for me.

When I first began writing, the idea of publishing meant NY. That’s it. By the time I’d decided I wanted to see my novel published, epubs had become quite popular and successful, so I began to look to them because it’s no secret traditional publishers aren’t taking the same chances on new writers that they used to. Their business just isn’t that good anymore.

Since I’ve been down the epub route and now I’m taking the indie route, I can see tremendous differences between the two. To be honest, if I’d known more about the indie route before submitting Stolen Destiny, I would have published it myself. Indie just gives the author so much more control over their work.

So what do I mean? Let’s begin where all readers begin these days: the cover. A bit of disclosure here—Elaina is the wonderfully talented person who creates my covers. That information aside, indie authors have total control over their covers. I was quite fortunate to have a lovely cover made for Stolen Destiny after the cover artist asked me to answer a very in-depth questionnaire, but not all epub authors are that lucky. And traditional NY published authors? Those poor souls have little to no input on their covers.

How about availability? Stolen Destiny is only available at Siren Publishing’s site for the first 4-6 weeks after being published, which is like the lost corner of the world to people who buy at Amazon and Barnes and Noble. If my book was a story that fell within the preferences of Siren readers, this 4-6 week lag time would be fine, but it’s M/F and not vampire or ménage. (Translation: not what Siren’s readers like) So for over a month, my book sits in one of the dark corners of the publishing world waiting to see light. With Vampire Dreams and Love’s Master, I control where my work is sold. I uploaded them to Amazon, Barnes and Noble, All Romance eBooks, and Smashwords and now readers have four very visible places to buy the book. Want proof that this is a better way to do it? I’ve sold over 20 times more copies of my two novellas in the month since Stolen Destiny was released. And Stolen Destiny? Still sitting in the dark at a publisher whose customers don’t prefer the book’s genre.

And price? It’s selling at $5.99, which is an affordable price for an almost 300 page novel. The problem is that readers who buy books online generally like lower prices, with the max point ironically at under $5.99. Vampire Dreams and Love’s Master are novellas, so there’s a difference there, but they sell at $.99. I know it seems like such a low price after all the hard work a writer does to craft a good story, get a good cover, edit the work properly, etc. However, something else goes into price. At $.99, let’s say I’ve sold 600 copies of my novellas. At the 35% royalty rate at Amazon, that’s $210.00 in royalties. Not bad you say, but if the book had been $5.99, you would have made so much more, Gabrielle. True, if it had sold to 600 readers, but to make $210.00 in royalties on a $5.99 book at an average royalty rate of 40% (books sold at the epub site themselves tend to be at slightly higher royalty rates, but this is an average), you would only have to sell 88 copies. This sounds good, but you’ve only reached 88 readers. I’ve reached 600. And those 600 are potential repeat readers of my work.

The reality is that indie publishing works on an entirely differently principle than epub or traditional publishing. For them, it’s about the money. For indies, it’s often not about just the money. It’s about readers. I want people to read my books and buy more of them. To that end, I price them accordingly. Does this mean I can’t raise the price anytime I want? No. Whenever I feel like it, I can go to the places I sell my books and change the price to whatever I want. I’m in control.

A big question I am asked is, “But what about promotion?” This question comes from a misunderstanding of publishing today. Even NY publishers aren’t promoting like they used to. And epubs? I received a banner from Siren Publishing that I can use wherever I choose to pay to place it, as long as it links back to my book page on their site. That’s it, other than being featured on their site, but as I’ve said before, Siren’s readers are the wrong demographic for my book, so this promo is virtually useless. If you’re lucky and you write a lot of books for the same epub, they will do more promoting, but for the average author, the banner is it. That leaves promotion up to me for my novel with Siren as much as it’s up to me for my indie pubbed novellas. If an author is going with an epub for the promotion, they’ve been misled. Is promotion a lot of work? Yes. If you check my Upcoming Appearances page at my blog, you’ll see that I’ve cobbled together a summer of appearances at blogs all over the Internet. This takes time, as does writing guest posts and interviews, but this isn’t exclusive to indie authors.

In the end, going indie means doing it all yourself. If you’re not that type of person, that’s okay. Just make sure the epub you go to has your best interests as an author in mind or just make sure you have the time to wait for traditional publishing to eventually, possibly publish your book. But if you’re the type like me and wants the control over your writing, from editing to cover art to distribution, then indie might be your cup of tea. I know it’s mine.

Thanks again to Elaina for having me here to talk about indie publishing. To find out more about my books, including Masquerade, my next novella due out in August, check out my blog at http://gbisset.blogspot.com/

Thank you so much, Gabrielle. Wonderful advice and a remarkable article.

Be sure to stop by tomorrow for a glimpse at Gabrielle's novella, Love's Master.