How taboo is a cliché really? 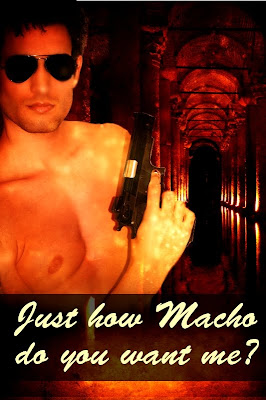 While writing my hero the other night, he surprised me. I learned he doesn't like to resort to violence. As a bounty hunter, it came as sort of a shock that he didn't use all that testosterone I'd given him and put it to good use. Now granted, I shouldn't have been too surprised, in past lives he's always been rather peaceful. One of those quiet, kill-you-with-a-look types. Yet, because I'd changed his profession, I'd expected his attitude toward violence to change as well. When he proved me wrong, I was left wondering, will his lack of being a cliché hurt me?

Our entire writing career we're told to avoid the cliché That by writing something that's been done a million times over with a personal-to-us twist will make us a bad writer. Yet, what covers the shelves at the book store, virtual or brick? Usually the same hero: A single man who's sworn off relationships for no apparent reason, except maybe his parents were divorced (or hate each other) and his first love cheated on him or rejected him... He likes to fight and his gun is always on his hip, and he never misses a shot. He's never had a woman stand up for herself, or tell him how 'not desirable' he is. She brings him down a notch, and that in turn creates this burning desire. He has to have her! But just for one night, after that, he'll move on, like always... Women like this type of man for their hero, they like the dominant, kick-ass men who don't take any attitude. So what happens when the man is dominant, but not over-bearing, and he can kick-ass but chooses not to? And when it comes to women, he looks all he wants, but he's damn determined not to touch...

Is it better to write something a little abnormal, or will that disappoint readers? Is being told to write original actually a writers death sentence?

My hero will of course continue to go his own way, I can't write him any way but the way his story is supposed to be told. My heroine is scared crap-less by him, so that speaks for something, but I wonder, will writing him as a think-before-he-shoots type man make him less?

What do you as a reader enjoy? The more cliché hero, or the more true-to-life? What about a writer? What do you try to write? Do you stick to the formula or choose to make your own?

Email ThisBlogThis!Share to TwitterShare to FacebookShare to Pinterest
Labels: cliché's in writing, what is writing a cliché, writing cliché