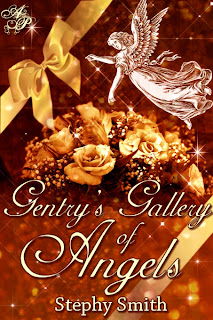 Two days after Christmas and we're still in the spirit at my house! Tree may be naked underneath, but not around, not yet at least. The lights are still twinkling as are the beautiful ornaments. If you're still in the Christmas mood, check out this sweet, beautiful read.


Amanda Gentry, engaged to Nicolas Tandy Harper are to marry on Christmas Eve. When her Grandmother Izella Sanders fades into a coma and everything spirals out of control. Amanda takes on the responsibility to ensure all the holiday celebrations are met… even her wedding which she and Nick are willing to put on hold.

Want to know what happens next?  Head over to Astraea Press to find out!

Thank you so much for reading!