When Ambrielle Kirk asked me to re-design the entire Caedmon Wolves series I'd done for her two years ago, I was both nervous and honored.  I was nervous because I'd been rather proud of those covers and how was I supposed to do better?  I was honored because she could have decided to go with an entirely different artist, but she didn't, she came back to me.  Okay, maybe that was a little humbling too. :)

Ambrielle always knows just want she wants and re-designing the series was no different.  She sent me links to her desired men for the covers and left the finding of the wolves and the backgrounds to me.  I decided to use similar backgrounds to what we'd done for the first series, since each background did relate to each title (lake, mountain, field, ect...).  She wanted these covers to pop and to compete and this is were I had my work cut out for me.

I wanted to make sure it was clear across the board this was a series.  Just by looking at the covers, a reader would recognize the series and know this was the next title they're looking for to read of Ambrielle's.  Designing the covers all at once really helped me achieve this, as each design was fresh in my mind (and in my 'recent files' list!), making it easy to go from one cover to the next.   I was so excited with the final result and even more excited when Ambrielle said she did a little happy dance in her office once she lined them all up and saw the end result.  WOOT!

After each cover, I kept thinking 'oh this is my favorite!' then I'd design the next one and say the same thing!  Seeing them all lined up, I really can't decide which one I like best... I'm so proud of each of them and so thankful to Ambrielle for giving me the opportunity to design them for her (again!).  :)  Which one do you like best?

Here is the info for each book if you'd like to know more about this sexy series! 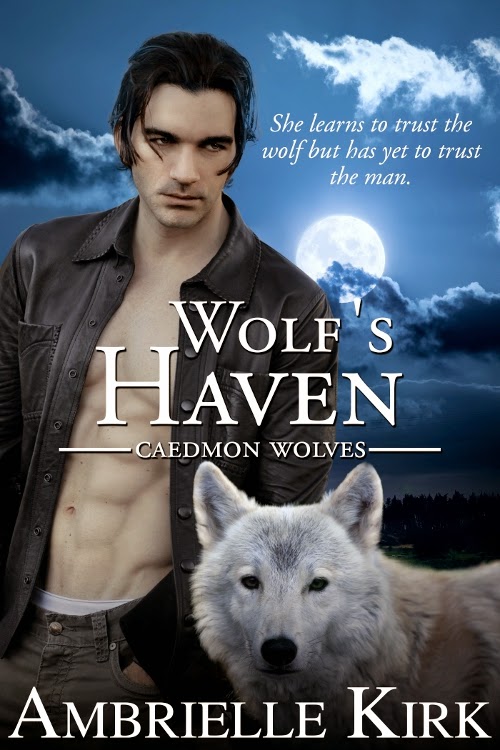 Tamara would risk her life to gain freedom. She's finally built up the courage to escape from a world of abuse by the hands of the man who promised her the world. One night she makes a break for it, but her plans backfire. She begins to believe that she was never meant to be happy. When all hope of freedom fades, she stumbles across a wolf that brings her to safety. She learns to trust the wolf, but has yet to trust the man.

Devin, potential future leader of the Caedmon Pack, returns to the foothills of his Virginia home after five long years as a lone wolf. Rivals within the circle challenge him and threaten to strip him of his true birthright. Being bound to lead the pack was not something Devin had planned for his life, but letting his people fall prey to turmoil under the rule of his cousin Darius is out of the question. The night of Devin’s rise to Alpha leader is approaching. Despite opposition, he’s gained an impressive following. That is until he brings a human among the pack.

Tamara can’t deny the attraction she feels toward Devin. The Alpha leader-to-be simply cannot resist Tamara’s lure. When they are together, their tribulations take the backburner. Their desire for one another grows as they consummate their passion in wolf’s haven. Will Devin forfeit the most coveted position within the Caedmon Pack to bond with his chosen mate? Can Tamara trust Devin with her mind, heart, body, and soul or will the memories of her abuse dissuade her from being bound to the wolf? 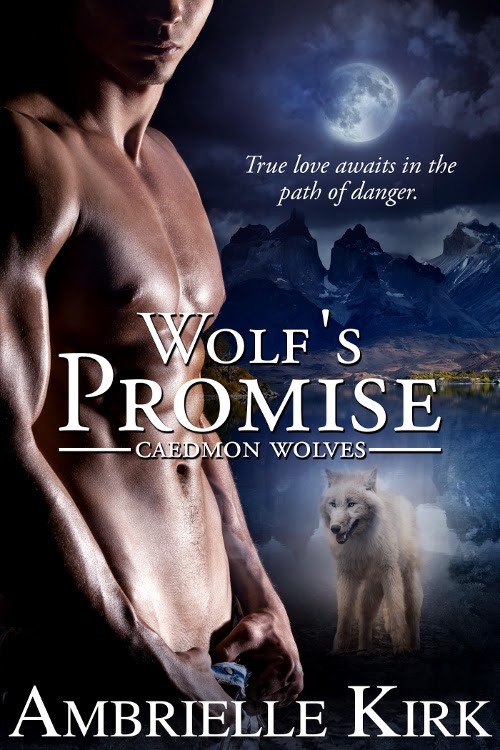 Blurb:
Selene is thrust into the aftermath of Caedmon pack rivalry when determination to help a friend leads her to the foothills of the Virginia mountains. She doesn’t anticipate that her generosity would earn her a place behind bars and at the mercy of man who saves her from a sentence worse than death. Soon she discovers that Nick is far from ordinary. Under the façade of his commitment to protect her from evil hides a secret that shatters her faith in him.

Nick knew his life would be forever changed when Devin, the new Caedmon leader, honors him with the title of Second-in-Command. With this responsibility, he’s introduced to a web of pack politics and threats. Darius, the banished wolf who lost the most coveted title within the pack, turns out to be a sore loser, and he demands either complete dominance or total destruction. Someone must stop him before he tears down the unity that has held the pack together for decades.

In the midst of it all, he meets a tempting brazen beauty. Selene is not just any woman, and the wolf inside reminds Nick of this fact every time she’s in his presence. She awakens raging passion within him, and he desires her like no other. Nick’s past misfortunes has taught him many things. For one…never trust a woman with his heart.

True love awaits in the path of danger, but will Selene and Nick let the chaos destroy their bond? 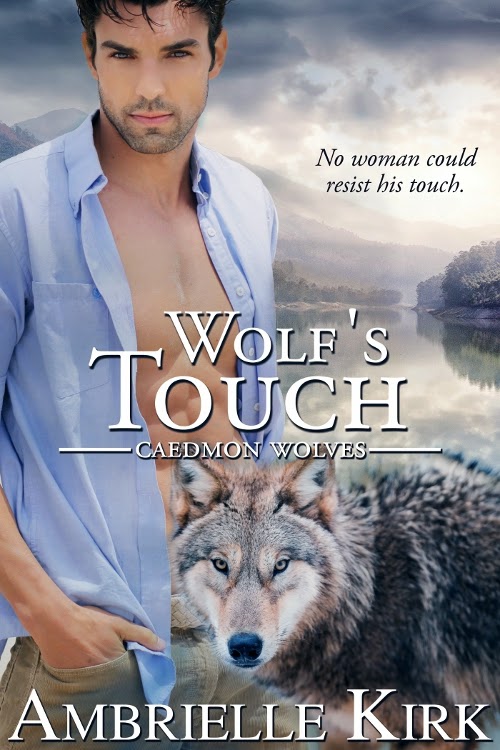 Blurb:
Jayson Truman is captivated by his boss’s daughter. He finds himself fantasizing about the many ways he’d like to have his way with Arianna Klein. Despite Mr. Klein’s strong connections to the Caedmon community, he and Jayson have never seen eye to eye on any matter. Lusting after his daughter only adds fuel to the flames. Their long-standing business relationship begins to unravel. Secrets are exposed, and loyalty is tested. Jayson is warned to stay away from Arianna…

Cutting family ties seems like Arianna’s only recourse to regaining control of her life. Yet, steering clear of her father is easier said than done, especially when she holds the key to his business’s success…or failure. And as if her life weren’t dictated enough by men with oversized egos, add Jayson to the equation and his many attempts to lay claim to her. If he thinks she’s going to swoon at his feet like a sex crazed maniac, he’s got another thing coming. But Arianna is not the only one with a key. Jayson may very well be the pawn she needs to get her out of the mess that her father has built.

Jayson will put his life on the line for Arianna, but will he gain her love and acceptance in return? 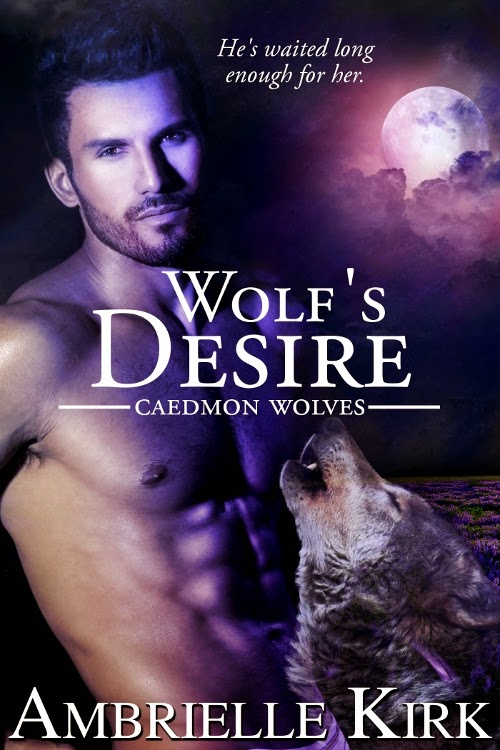 Blurb:
When Keira becomes a widow, she realizes that the life she once had wasn’t normal after all. After her husband is brutally murdered, she is more than just alone but vulnerable to threats and tangled in a web of greed. Her decisions lead her into a corner, and safety is jeopardized.

Aiden, Caedmon Council member, has never failed when it comes to fulfilling the terms of his employment contract. When he is hired to protect an heiress, he doesn’t plan on her being the only woman to bring both challenge and purpose in his life. Without hesitation, he vows to keep the grieving Keira safe—even from himself.

Keira trusts Aiden unconditionally and finds joy whenever they are together, but can love transcend a tragedy? Aiden’s urge to protect her is just as great as his desire to claim her. Once the passion is unleashed and fueled by the need to have all of her, the wolf will accept nothing less than his mate. 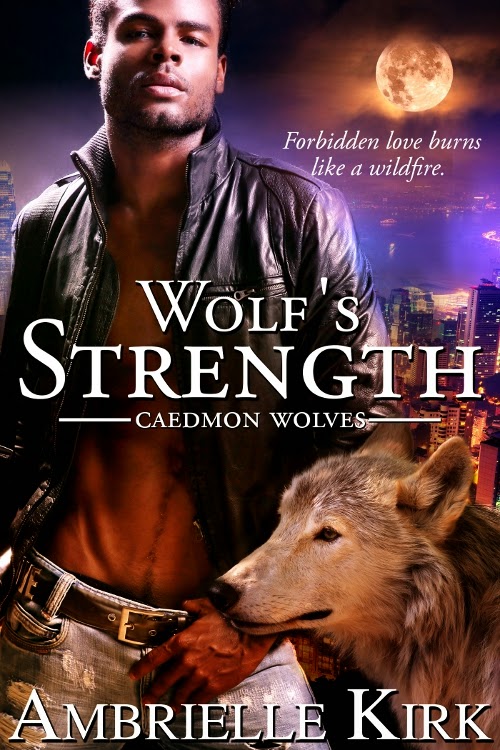 Blurb:
Tension grows between old rivals...
Cold-blooded murder sparks a feud that could lead to the deadliest civil war in Pack history. Alpha Devin Caedmon and his council are tempted to risk all that is precious to protect their bloodline. Tristan Arnou, the rival Pack's leader, isn't the only force trying to tear down the unity holding them together. All threats must be eliminated before their entire race is destroyed.

In Wolf's Strength secrets are exposed, and memories that were buried long ago have resurfaced. The game of deception is a deadly one. There can be no peace until the bloodshed ends.

Thanks for visiting today and learning about Ambrielle and her covers!