Happy Wednesday everyone!  Today I have Chris Redding here to share a sexy snippet with you.  Hope you enjoy! 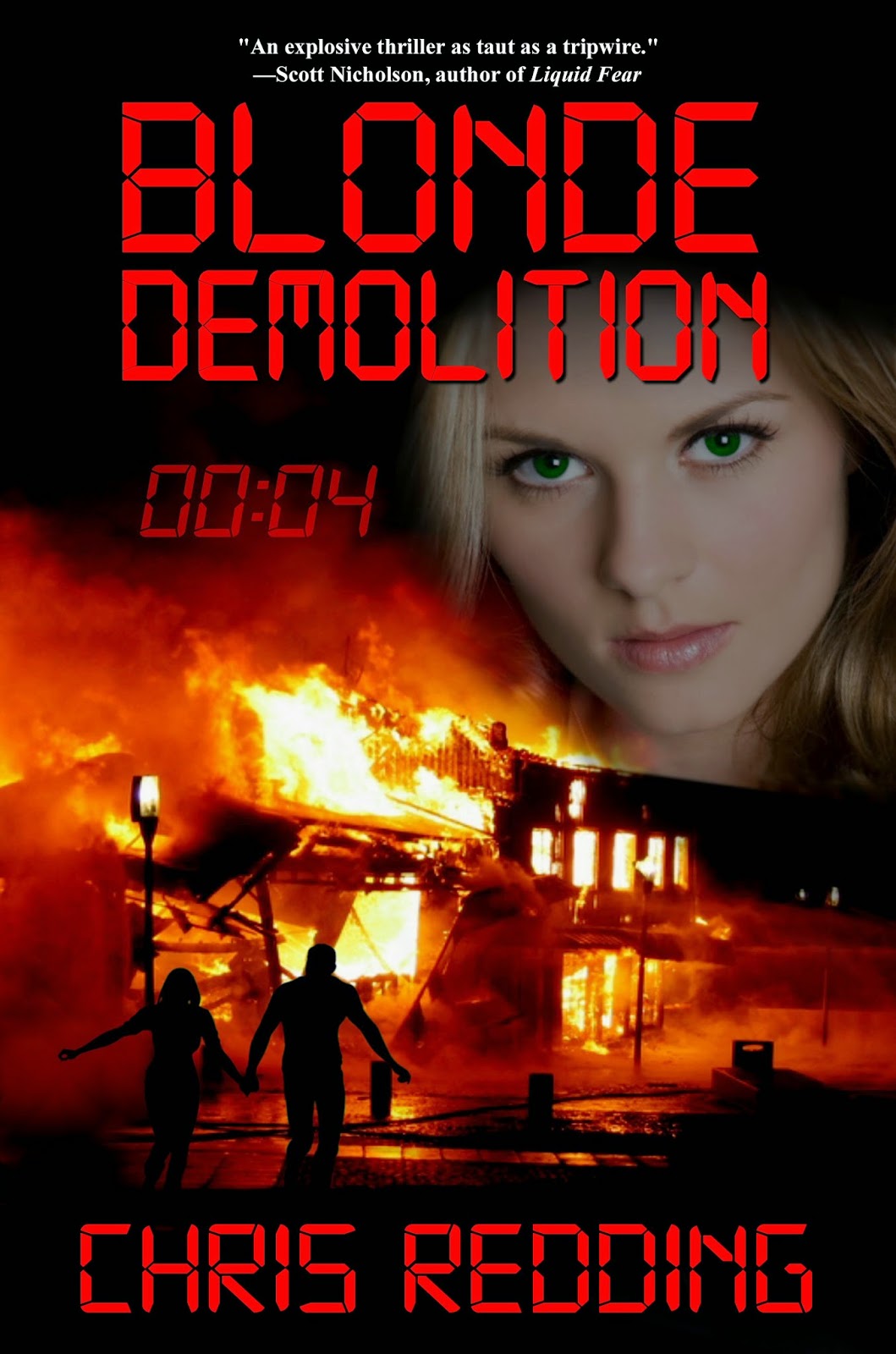 YOU JUST CAN'T HIDE FROM THE PAST...
Mallory Sage lives in a small, idyllic town where nothing ever happens. Just the kind of life she has always wanted. No one, not even her fellow volunteer firefighters, knows about her past life as an agent for Homeland Security.
Former partner and lover, Trey McCrane, comes back into Mallory's life. He believes they made a great team once, and that they can do so again. Besides, they don't have much choice. Paul Stanley, a twisted killer and their old nemesis, is back.
Framed for a bombing and drawn together by necessity, Mallory and Trey go on the run and must learn to trust each other again―if they hope to survive. But Mallory has been hiding another secret, one that could destroy their relationship. And time is running out.

The hot spray hit Mallory’s sore muscles like a thousand needle points. Her heart raced. Her mind sped past it. “What could he want?”
“Ask ” She heard his voice through the translucent panel of the shower door. That voice that could send a thrill through her. That voice that had whispered to her of naked pleasures. That voice attached to a body that could fulfill those pleasures.
She shuddered not surprised to see him. He had a knack for pushing through her boundaries.
“Do you mind. I’m naked, Trey.”
His laugh rumbled from the depths of his amazing body. “I’ve seen you naked. In fact I could probably draw a road map of your body.”
Her mouth went dry. She finished her shower and turned off the water. She let out a noisy breath before she opened the door. He would not get the best of her.
Trey McCrane held her towel as if he planned to make her barter him for it. A twinkle lit his ice blue eyes. “Towel?”
She leaned on the metal frame of the stall, refused to be intimidated. “Give me the towel.”
He did, easier than she thought. His gaze roved over her as intrusive as if they were his hands. Even if she hadn’t been naked she would have felt that way. Trey could look through people.
“Don’t you want to know why I’m here?”
“No. I do want to know how fast you can make it out my front door.”
“Is that any way to greet your former partner?”
She knew he meant “partner” in every sense of the word. They’d been partners in Homeland Security and in bed. “Leave, Trey. I have a good life.”
“And a bomb in your beer trailer.”
She wrapped the towel around herself and brushed past him to her bedroom down the hall. This wasn’t how she’d envisioned her evening. Her vision held a bath and then bed. Alone.
Her vision had nothing to do with saving the world. “How do you know about that?”
“Because we were expecting it.”
She dropped her towel, grabbed for a shirt. His hand on her shoulder stopped her. “Let me see you.”
“You don’t get to see me.” He’d lost the right five years ago.
Her body betrayed her, tingled at his touch.
She turned at his insistence and his eyes blazed a path up and down her. He stood close enough she could smell his masculine scent of soap and water.
His hand hovered by her abdomen and some pathetic part of her longed for him to touch her. Trey was her and she needed for him to leave.
Now.

"Chris Reddings newest release takes a woman formerly of Homeland Security
attempting to carve out a new life in a small own. Only that life catches up with her...in
addition to the life she never had but desperately sought. Bombs, assassins, lovers and
friends all mesh together around the heroine to create a tapestry of intrigue, love, and
adventure. Redding has a devoted reader." - Bri Clark, Glazier

"An explosive thriller as taut as a tripwire" Scott Nicholson, Liquid Fear

"An old flame, a new danger, and just the right number of twists pull you thru to the end of this
intense romantic suspense.  Hunky firemen not withstanding, what else could anyone ask for? A great read!" - Linda J. Parisi, Noble Heart

Chris Redding lives in New Jersey with her husband, two kids, one
dog and three rabbits. She graduated from Penn State with a degree
in Journalism. When not writing she works for her local hospital
in the Emergency Services Department. She has been writing for
thirteen years and has five books published.